Mr. Asmussen has been with Scottsdale Unified School District since January, 2000, In March of 2012, he was asked to transfer to Mohave Middle School. He completed his undergraduate work at the University of Wisconsin - Madison, received his post baccalaureate and Masters degree from the University of Phoenix, and is currently working on his doctorate through Northern Arizona University. He has served on several district committees and community organizations, and co-directs Minitown, a diversity and tolerance camp, annually. In April, he was awarded the 2017 SUSD Foundation Excellence in Civic Leadership Award. 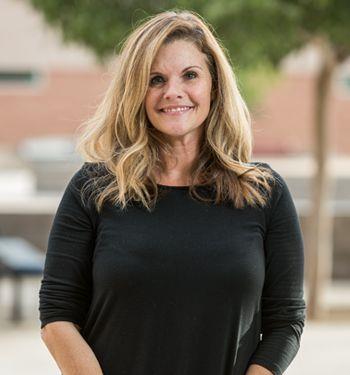 Ms. Tindall began her career in education in 2000 and joined Scottsdale Unified School District in 2011. Throughout her years in SUSD, she has taught ELA and served as English department chair and assistant principal in the Saguaro Learning Complex at Saguaro High School and Mohave Middle School. Ms.Tindall has also held the position of ELA Curriculum and Instruction Specialist for Secondary Education for the district. Not only does Ms. Tindall take pride in her learning community as an educator, but also as a parent, as her two children are students at Mohave and Saguaro! She is an Arizona native and earned her undergraduate, post baccalaureate, and Masters degrees from ASU.