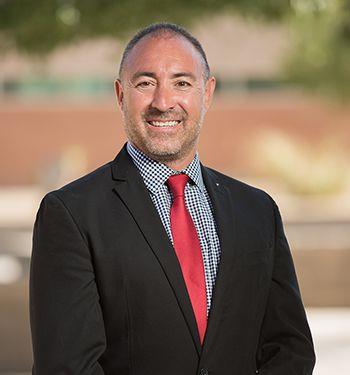 Walter Chantler is the current principal of Cherokee Elementary School and has been with the Cherokee Community since 2010. He has been an administrator in the Scottsdale Unified School District since 2000. Mr. Chantler is an Arizona Native and earned degrees from Northern Arizona University and University of Phoenix. He was the Arizona Association for Gifted and Talented Administrator of the Year in 2010. Mr. Chantler has led the charge for the Cherokee Community to earn the Arizona Education Foundation’s A+ School of Excellence Award in 2013 and 2017. When Mr. Chantler is not working, he spends time with his family and enjoys boating, off-roading, camping and working on cars.